Skip to content
January 4, 2018 Ian J Seath Uncategorized Leave a comment
2018 is now with us, another new year & with it comes a full calendar of shows & many educational & fun events that your clubs & many volunteers help to stage successfully for the benefit of not just the showing community, but for everyone who has an interest for Dachshunds. When I say ‘volunteers’ that’s exactly what I mean as the many people that help with such events are unpaid & give so much time so freely. Times certainly change & unfortunately, a small minority seem to complain or be vocal on social media about shows & events which are staged to benefit everyone. Sometimes it does make me wonder how many of this minority actually serve on a committee or give their time up so freely for our enjoyment. The time, detail, dedication & hard work done by many can leave a feeling of ‘why do we bother’ from complaints, statements & feedback that are not constructive. Maybe a new year resolution for some could be ‘how can I help?’ instead of ‘how can I complain?’
The first e-news of the year from the Dachshund Breed Council has arrived in our inbox & gives us news & updates that some may have missed over the festive period. Two festive fundraisers have boosted funds for the IVDD Fund, The Sausage Army calendar has raised £991 & Devoted To Dachshunds Christmas Cards raised £2,000. With more still to come from the Dachshunds Of Facebook Calendar, the IVDD fund has certainly received a boost thanks to these wonderful ideas.
A special new year offer is made to the first 10 dogs that apply to be x-rayed & screened for IVDD for just £100 thanks to the recent fundraising activities done by so many. If your Dachshund is between 24 & 48 months of age & you plan to breed from him/her, follow the link on the DBC website to obtain this special offer.
At the DC championship show, 17 Dachshunds were examined under the KC/BVA/ISDS eye screening programme by Ophthalmologist Lorna Newman. The only cause for concern from those examined was Distichiasis in Miniature Longs which was found in 85% of those examined. There were no signs of hereditary type retinal atrophy in any dog. The newsletter also contains many interesting links to Dachshund items that are currently doing the rounds on the Internet too.
Don’t forget that the Dachshund Club is staging the Dachshund of the Year 2017 on 27th January with your chance to see the top-winning Dachshunds of last year all together. All the details are on the club’s website & everyone is welcome to attend.
At Eastbourne & DCS June Sutton’s Long Damai Master Benedict went Best Veteran In Show under Ray McDonald (Roanjona Irish Red & White Setters). At Luton & DCS Lloyd Cross’s Long Glasvey Double Trouble for Loggeta won the Hound Puppy Group under Pat Dufty (Triken Whippets).
Nominations have opened for this year’s Pawscars event which, as usual, will be staged on the eve of Crufts at the Birmingham Metropole Hotel. Once again, we are blessed with a nominee that has a Dachshund background, Will Harris (Zarcrest Longs & Min Longs) has been nominated for Canine Photographer Of The Year. I’m sure that the majority of you will have seen & even had photographs done of your dogs by Will & the quality is quite outstanding. You can vote for Will through the Pawscars website & let’s hope we can get him the title of ‘Pawscars Photographer Of The Year’, a title that he so richly deserves. Many congratulations on your nomination.
This weekend we have Boston championship show on Saturday where unfortunately no CCs are on offer for any variety of Dachshund. Angie Baxter is judging all six varieties & has attracted over 180 dogs; such a fabulous entry. On Sunday, the Midland DC are hosting their education day; if you want to join in there is still time. Details are on the website or by contacting Secretary Daniel Roberts on the numbers below.
Daniel Roberts
01785 664461
07765348964
daniel@swansford.co.uk 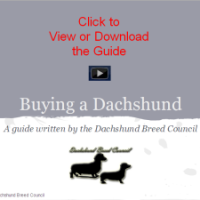 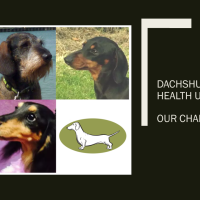 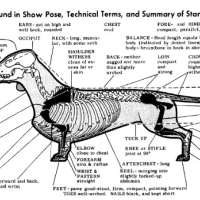